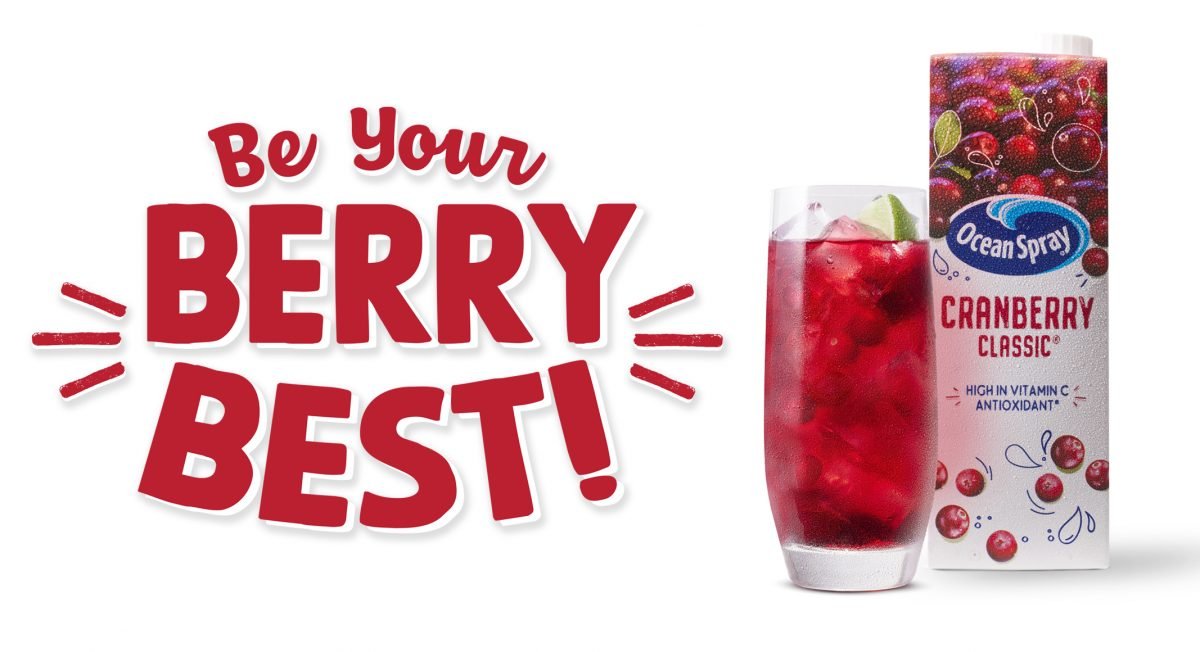 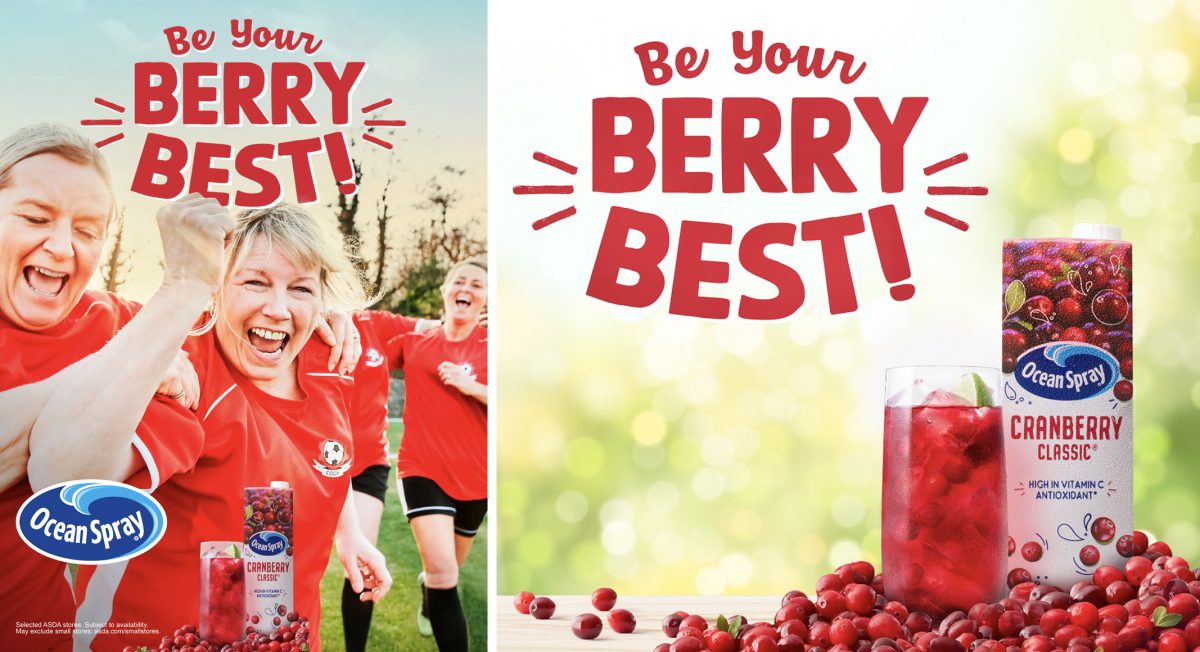 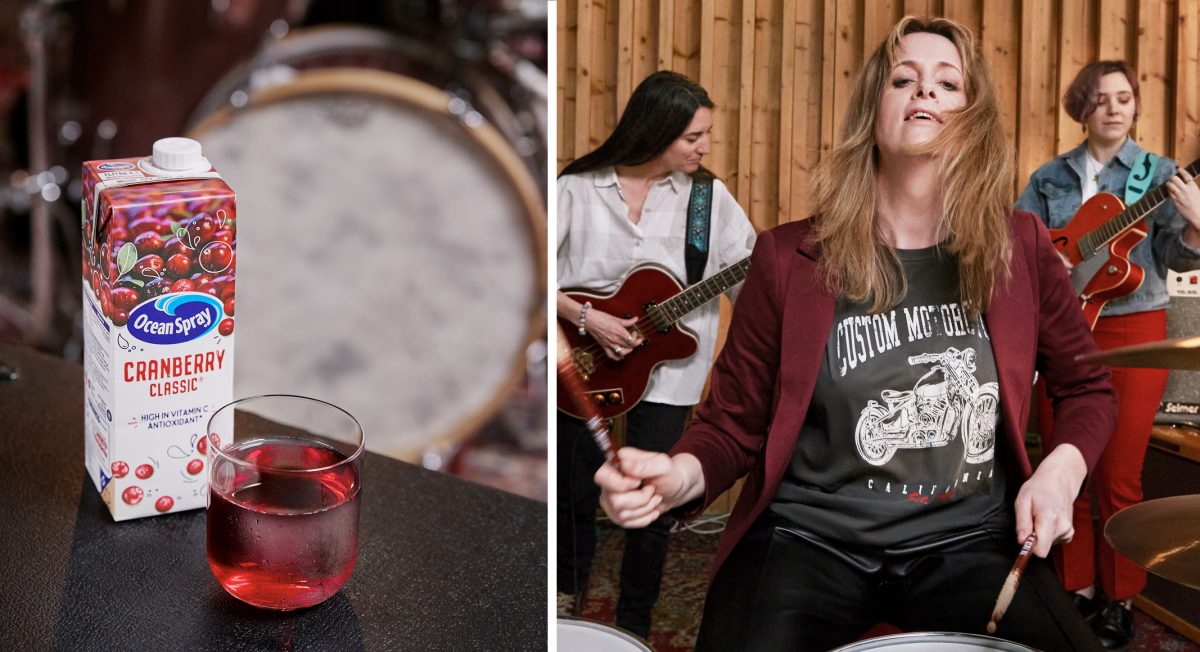 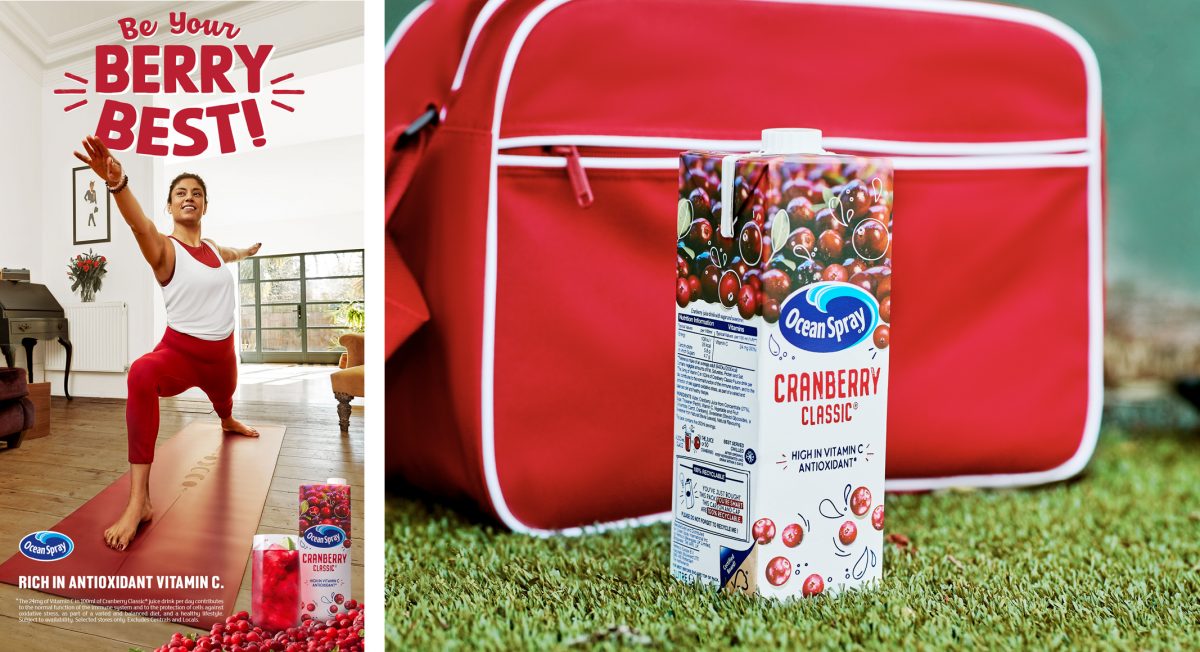 Be Your Berry Best: an integrated campaign shining a new light on Ocean Spray’s customers

Ocean Spray is all about the power of the cranberry. Since 1930, they’ve been producing a range of delicious products – from classic juice drinks to Christmassy condiments.

They’re a genuine cooperative, with all profits going back to their 700 small family farms. 100% of their cranberries are verified as being sustainably farmed, and every acre of cranberry farmland conserves 5.5 acres of surrounding land.

Whilst brand awareness was high, consideration was low. Customers didn’t understand the benefits Ocean Spray’s products could have on their health and wellbeing.

The single-minded comms objective for the campaign was to make Ocean Spray relevant to their target audience, 35–50 year old women.

The ability to forge an emotional connection with them was key to success. We wanted women to see a brand that truly understands how they feel.

We knew that cliches around ‘women of a certain age’ weren’t going to cut it. We got to work, talking with women in the target audience – conducting formal and informal research.

It quickly became clear that there is a massive discrepancy between how these women are represented in advertising, versus how they actually feel.

They’re experiencing big life changes – but have the resilience and confidence to tackle them all head on. They’re not slowing down. They’re just getting started.

The answer, was our campaign: Be Your Berry Best.

Being your berry best is about finding something from within. A positive push that allows you to make every day, your day, whatever that looks like.

Ads centred around the real stories of real women going against the grain, and doing what they love. Carol, the founder of an ‘old girls’ football club, Emma, a professional drummer, and office worker-turned-yoga instructor Shruti.

We shot a TVC in partnership with production company Meldrum Dent, shown across All4, ITV and Sky AdSmart, as well as on social and YouTube.

The video was also hosted on Threeps – a platform that donates to charity every time someone watches an ad – in support of Wellbeing of Women.

Shoppers were targeted by out of home placements outside key supermarkets.

And we stayed true to our own environmental ethos throughout the whole process – from production to media. We followed AdGreen’s principles for sustainable production, offsetting all emissions. The IPA’s carbon calculator was used to offset against our media budget.

Across all touchpoints, the work exceeded targets and KPIs.

Investing in high quality VOD platforms led to high, non-skippable, reach. It generated 2.27 million impressions, all watching the video all the way through.

Our hyper-targeted YouTube approach overdelivered on impressions by a massive 44%.

The partnership with Threeps achieved 1.4 million beginning-to-end views of our ad, 67.7% higher than forecast. Our view through rate exceeded benchmarks, at 73%.

Working with Nectar and Sky AdSmart, we were able to track the impact the work had on sales. 3.57% of people who saw the ads converted to buy Ocean Spray products during the campaign period, aligning with benchmarks. The highest spend from those conversions came from buyers of competitor juices.

Refreshing results for an invigorated brand. Watch this space for more…